The Florida developers who survived the downturn are often the ones who can put the toughest deals together.

Arnold’s firm, DDA Development, specializes in developing housing for low-income people. These are tough projects to put together because they involve finding sites that aren’t usually on the market, and they require dealing with government agencies, banks and private investors who will partner on deals that can last as long as 15 years.

In fact, the company’s initials stand for Difficult to Develop Areas. “We’ve been below-the-radar guys,” says Arnold, 52, whose company was formed in Fort Myers and now focuses on the Tampa Bay region.

But you can’t miss the signs of DDA at work. “We’ve got the biggest crane in downtown St. Pete,” Arnold says, referring to Campbell Landings, an $18 million affordable-housing project of 96 apartments currently under construction in downtown St. Petersburg.

Until he moved to Tampa in 2008, Arnold worked closely with Rick Miller, whose Fort Myers-based company, National Development of America, also specializes in government-subsidized low- and moderate-income housing, particularly in Louisiana. They remain partners on many rental-apartment projects they developed together.

“The economics of these deals are quite complex, and he’s an expert at that,” Miller says of Arnold.

Incentives for developers
When the tax laws changed in 1986, the federal government provided a tax-credit incentive for developers to build affordable housing. The government provides billions of dollars worth of tax credits through state housing agencies to developers to pay for the development costs of low-income rental housing. Institutional investors provide the capital in exchange for such credits, which they use for tax and other purposes.

“He brings us good, quality deals,” says Brian Goldberg, president of Alliant Capital, says of Arnold. “He does what he says he’s going to do, he builds a good product and he doesn’t come to us with any problems.”

Goldberg says integrity and a track record are essential to attracting the capital for such projects. “You’re going to be partners for 15 years,” he says. “You want to make sure you can do business with this person.”

Goldberg and Miller say Arnold’s strength is his financial acumen. “Bowen is an attorney by training, and he knows the numbers,” Goldberg says.

But Goldberg says Arnold also turns to others for help in areas such as construction. “He doesn’t try to work on things that are not his areas of expertise, which is smart,” he says.

Indeed, Miller says his business partnership with Arnold worked well because they complemented each other. “My strength was the development and overseeing the construction process,” he says. “Together we had all the bases covered.”

Complex deals
Putting together such tax-credit deals are often challenging because of the number of participants, financial projections and the urban areas in which they’re located.

Arnold and his business partner, John Schilling, 31, scout hard-to-find locations in longstanding residential neighborhoods, close to transportation and services. “A lot of developments have pushed outside the city limits, but we try to find infill pieces,” Arnold says. “There needs to be demand. What’s this area going to look like in 15 years?”

Often, the parcels that DDA acquires aren’t on the market. “It’s still a real estate business,” Arnold says. “You can’t get caught up in the tax credits.”

Once state and local government agencies grant a project the federal tax credits, Arnold drafts the financial projections and lines up the financing. Banks such as Chase have been eager to fund such projects for favorable terms, including construction financing below 3% for the St. Petersburg project.

Arnold then negotiates with investors who work through firms such as Goldberg’s Alliant Capital to identify worthy projects. Institutional investors buy them for various reasons. For example, banks buy them because they qualify for compliance with the Community Reinvestment Act, which requires banks to lend in low-income areas. Recently, insurance companies have been buying them for diversification as an alternative to other fixed-income investments.

But because investors are required to make long-term investments of as long as 15 years, Arnold says the deals can’t be solely reliant on tax credits for success. DDA manages these apartments too, so it has a record of filling up the rentals at rates that exceed 95%.

Arnold says his firm is actively engaged with housing-related organizations in the community. For example, Arnold and Schilling help local charitable groups such as Mental Health Care in Tampa. DDA recently helped the organization identify a site and develop a 24-unit residential complex for the homeless in “suitcase city,” a depressed area near the University of South Florida in Tampa. DDA typically charges $250,000 for this service, but waived it for the group.

While the federal tax-credit program might be under threat in Congressional budget discussions, the track record has been positive enough that lawmakers may be reluctant to cut it back. “There’s always going to be affordable housing,” says Arnold, who notes bipartisan support for it. “It’s a defensive business.”

While DDA is focused on projects in the Tampa Bay area, Arnold says other areas of the Gulf Coast could be promising. “I think there will be opportunities in Fort Myers and Sarasota,” he says.

DDA is also exploring traditional commercial development as companies expand. For example, Arnold is scouting sites to develop medical offices in South Tampa. “We’re looking at some of those,” Arnold says. “Private development is happening; we’re seeing land prices trend back up.”

Arnold is particularly enthusiastic about downtown Tampa, where he says there are few vacancies in condos and waterfront development is active. He credits Tampa Mayor Bob Buckhorn for the city’s encouragement of development. “I think Bob’s been terrific for the city,” he says. “Bob was the right guy at the right time.”

Arnold has put his own money into downtown Tampa. He renovated a historic building for office space for DDA on North Franklin Street, an area that struggled for many years. “Those kinds of projects are fun,” he says. 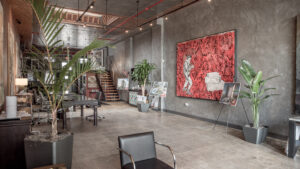