The developers of The Salvador, a 13-story condominium project slated in downtown St. Petersburg, are hoping the building will fill a void in the market.

Tampa-based DDA Development is pursuing the 74-unit project, at Second Street and Fifth Avenue South, with an address on Dali Boulevard.

The units will be smaller and prices will be lower than most of the luxury condos currently available in downtown St. Petersburg, where many luxury condos are in the $750,000 and up pricing bracket. The condos will start around $315,000, said David Moyer, the listing agent with Smith and Associates, who is representing the project.

Two-bedroom, two-bathroom units will be between $450,000 and $650,000. The property includes an 11,000-square-foot amenity deck with a spa, fitness center, heated saltwater pool, gated dog walking area and pet bathing stations.

“We’re going for another niche,” Moyer said.In September, a South Florida developer filed plans for a 41-story condo tower in downtown St. Petersburg. While the developer, Kolter Urban, hasn’t released prices for those yet, it’s likely they will be a more expensive product, given the size, scale and costs of the project, which includes a hotel.

The construction costs of The Salvador will be in the low $30 millions.The penthouses, at 2,500 square feet, will cost around $1 million. The project will break ground once 30 units have sold, Moyer said, which he anticipates around Feb. 1. Construction will take 14 to 16 months.

DDA will seek Fannie Mae approval for the project, Moyer said, which will help prospective buyers secure financing.”We’re anticipating seven to 10 sales a month for the first two months,” he said. “That’s our best-case scenario.” 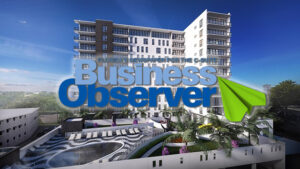 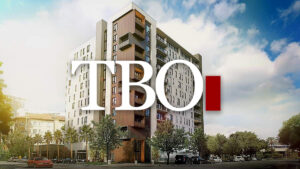