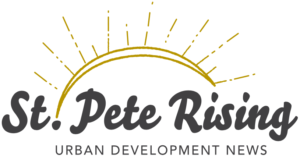 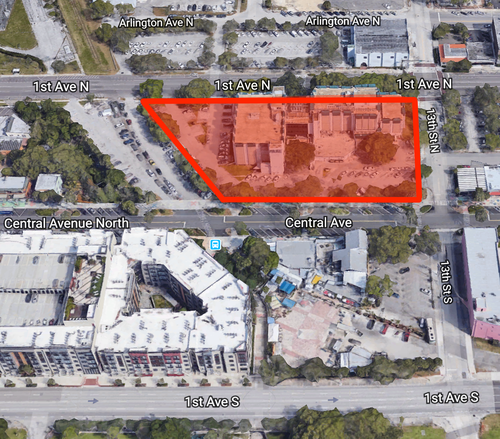 The City of St. Pete is moving forward with a proposal for the redevelopment of a prime Central Avenue block in downtown’s booming EDGE District.

Earlier this year, the St. Pete Police Department moved into a new 170,000 square foot headquarters building at 1301 1st Avenue North. The completion of the new $78.5 million facility paved the way for the redevelopment of the former police station, which sits on 2 acres directly across the street at 1300 1st Avenue North.

In January, with the new headquarters nearing completion, the City began the redevelopment process by issuing a request for proposal (RFP), inviting developers to submit their vision for the site. The RFP contained a list of items and uses that defined the type of development the city wanted to see on the site. In May, it was announced that seven groups had submitted proposals. And of those seven, two were invited to City Hall to present their proposals.

St. Pete Rising previously reported that the two groups invited to present were Waverly Capital and Edge Central Development Partners. Both proposals incorporated Class A office space, ground-floor retail, public parking, and civic uses into their designs, which were all high-ranking items the city wanted to see.

Today, the City announced that they are moving forward with the proposal submitted by Edge Central Development Partners, a joint-venture between J Square Developers and DDA Development, both of whom have experience developing in Downtown St. Pete, along with Craig Sher and Will Conroy of Backstreet Capital LLC, and Tim Clemmons of Place Architecture, office leasing specialist Wendy Giffin of Cushman and Wakefield, among others.

In a signed term sheet, which will be presented to the St. Petersburg City Council on December 12, the group is agreeing to a number of items for the redevelopment. Most notably is the requirement for a minimum of 100,000 square feet of Class A office space on the site.

READ MORE OF THIS ARTICLE > 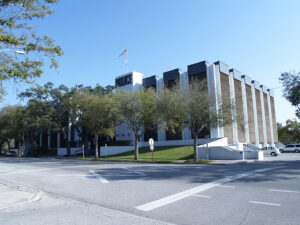